For more than three years, the Waitsfield Planning Commission Wastewater Committee has been evaluating both the needs and the options for decentralized wastewater systems in our community, with the goal of addressing emerging environmental issues, land-use restrictions, and aging septic systems within Waitsfield Village and Irasville. This process started more than 18 months after voters turned down a centralized wastewater proposal in the spring of 2008, but a few of the realities from that project have carried over into the current conversation.

Specifically, the Town remains burdened with significant debt from the work done on the failed centralized wastewater project ($672,000) which must be repaid starting in 2013; there are still pockets of critical wastewater needs throughout the area; and a vast majority of surveyed residents and landowners (90%+) are dissatisfied with current wastewater options.

To directly address these issues, the wastewater committee has worked with local, state and federal officials to craft a creative financing program, the first phase of which will be on the Town Meeting Day ballot.

To be known as the Waitsfield Community Wastewater Loan Program, this voluntary program for local property owners would provide 20-year fixed-rate low-interest loans for shared wastewater projects that meet specific Town criteria. The program would use the resulting loan payments to leverage the existing State and Federal grant of $906,000 the town received for the failed centralized project monies to pay down the debt from that project.

The Waitsfield Community Wastewater Loan Program would be purely voluntary and would simply provide an alternative funding option for those with specific wastewater needs in the town center.   At the same time, loan repayments coupled with available State and Federal funding would provide funds to pay off existing wastewater debt without burdening local taxpayers.   This planning process is being supported in part through a Municipal Planning Grant awarded by the Vermont Agency of Commerce and Community Development, Department of Housing and Community Development. The plan and the Town Meeting Day ballot article will be discussed during a public meeting on March 3, at 7:00pm in the Waitsfield Elementary School.

The legal voters of the Town of Waitsfield, Vermont, are hereby notified and warned to meet at the Waitsfield Elementary School in the Town of Waitsfield on Tuesday, March 4, 2014 between the hours of seven o'clock in the forenoon (7:00 a.m.), at which time the polls will open, and seven o'clock in the afternoon (7:00 p.m.), at which time the polls will close, to vote by Australian ballot upon the following Article of business:

Will the Town of Waitsfield borrow from the Vermont State Revolving Fund an amount up to Five Hundred Thousand Dollars ($500,000) for the purpose of funding loans for the construction, repair, replacement or expansion of publicly and privately owned on-site wastewater systems, with said loans to be repaid by the individuals or associations receiving funds therefor pursuant to agreements approved by the Town and Vermont Department of Environmental Conservation. Said loans would be secured in full faith and credit of the Town by the bonding authority.

The legal voters of the Town of Waitsfield are further notified that voter qualification, registration and absentee voting relative to said special meeting shall be as provided in Chapters 43, 51 and 55 of Title 17, Vermont Statutes Annotated. 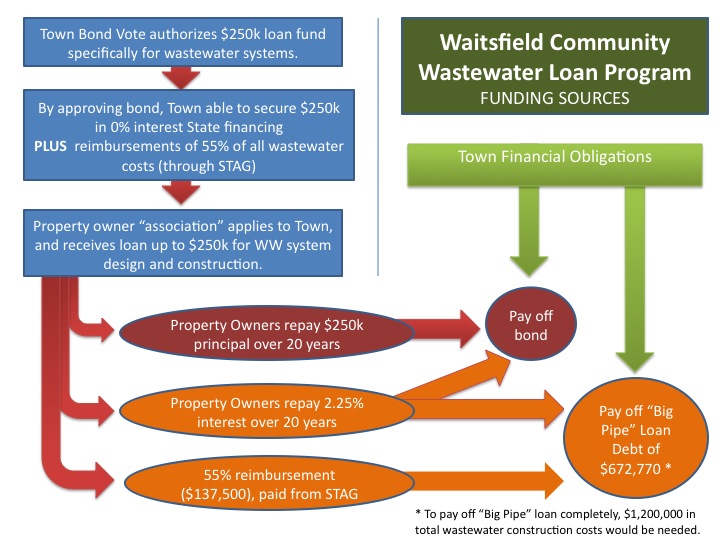 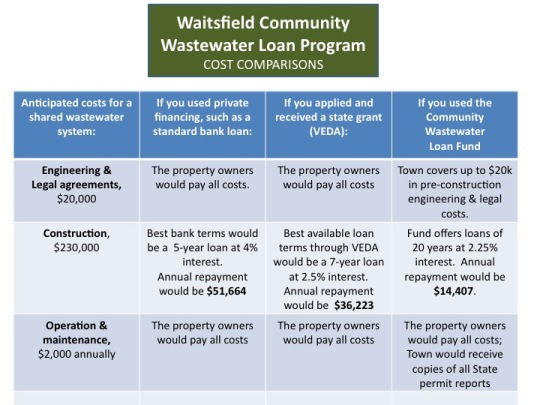 Also available in the following sections: